Toys! Dolls! Teddy bears! Since Ernst Hoffmann’s 1816 story The Nutcracker and the Mouse King​ became a famous ballet, and especially with Pixar’s highly successful Toy Story​ films, everybody knows that our children’s favorite friends made of wool, wood and plastic have little lives of their own when we’re not looking! With the six films from the “Shorts-Kids” section, you will be reminded of the special fondness that exists between children and their toys, and of the many ways in which they are dependent on each other.

Too often, differences between people, between their skin colors, their cultures or their ideas, ignite arguments or cause problems. Yet, understanding these differences can also lead to better acceptance and tolerance. The “Shorts-Youth” section illustrates this delicate but important theme in five relatable films. And, while these differences may sometimes appear irreconcilable, like between the titular Little Fish and the Crocodile​, an energetic and colorful film based on a Congolese tale, or between the various players of Are You Volleyball?!​, more often than not they tend to bring people together and inspire true friendships, like for the characters in Haru’s New Year​.

Finally, in lieu of the “Shorts-Family” section, this year the Busan International Short Film Festival will treat its audience to something original: a magic lantern show! Contrary to an usual film screening, this all-ages section is meant to be more interactive and even participatory for the audience, with a Korean actor named Choi Hyuk doing a live narration. Requiring a special projection equipment from the 19th century which will be brought from France, the “Magic Lantern” will definitely be a unique and unpredictable adventure for everybody! 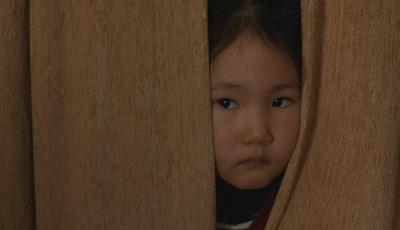 The story of a five-year-old girl from Kyrgyzstan, living with her immigrant-worker mom in Moscow. A woman has to work hard, even at night, while her daughter sleeps in a sleeping bag at her workplace. A girl lacks of mother’s attention and care and in her fantasies she sees her mom happy. In her dreams she is getting help from a magic button… 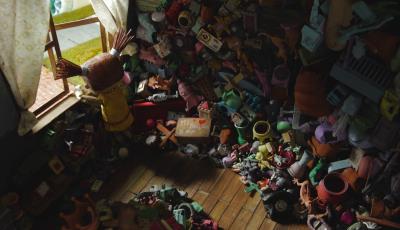 Trejur (pronounced ‘treasure’) is a hand-made, fantasy, high-school student animated short. Transitioning through stop motion, a grandmother with little means of support for her grandchild leaves every morning and returns with toys to make her happy. 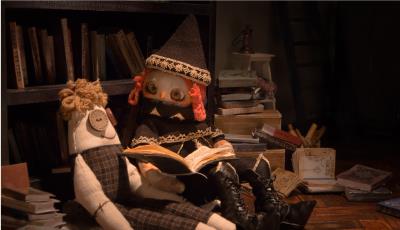 A girl who lives with a doll as only friend feels insatiably lonely and decides to put life into it. 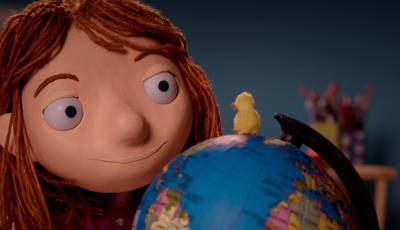 Matilda can’t get to sleep and starts playing with her bedside lamp until the light bulb finally burns out. She finds herself plunged into darkness! She soon overcomes her fear and, using her torch, starts exploring her room in this new light, and discovers all the magic of the night. 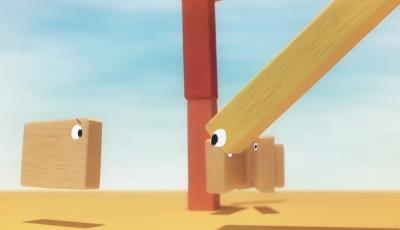 Deep in the night when everyone is fast asleep, funny shapes and jolly beasts rumble through the bedroom. 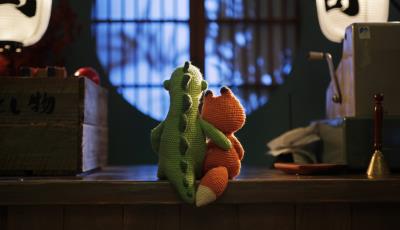 A knitted toy
dinosaur must completely unravel itself to save the love of its life.​