Since the 20th century, film has walked on both sides of industry and art, all the while reflecting the changes in society and refining aesthetic language as a medium for knowledge, knowhow, function and technology. The social changes brought about by the digital culture in this century have raised pressing questions. Film producers, audience and researchers have each questioned how new film technology and techniques will change the future of film production and experience. As part of BISFF events, the Busan International Transmedia Forum provides just the arena for such discussions. This year, the Forum has invited some 10 scholars of film studies and film professionals, including the keynote speaker Barbara Flueckiger, professor at the University of Zurich, Switzerland and specialist in film color research. The Forum will attempt to move in a new direction of questions about film technology issues, focusing on time and space expanded. It will consider both the case of important resistance and reception to technological advances, from pre-film devices to contemporary VR films. We hope that the 2019 Forum will prove to be a platform to share opinions regarding the relationships and specifics of film technology - its aspects, executions, challenges and responses. 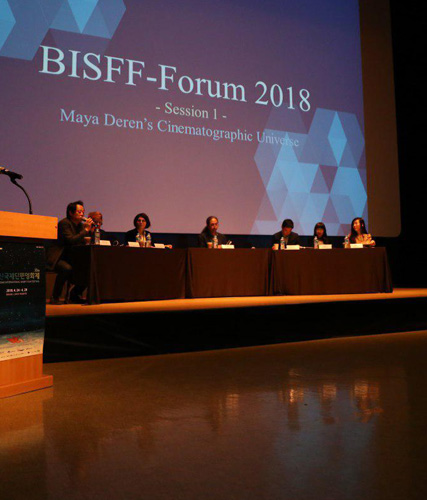